The Bakcou (formerly BackCountry) MULE Mid Drive electric bicycle is built to pack like a mule with the suspension and gearing to get you there fast!  On a quick trail ride or a week in the backcountry, the Mule is a beast that can handle everything you throw at it.

The Mule was designed and engineered around the superior power and performance of the Bafang ULTRA mid-drive motor, with its game-changing torque and dual-speed sensors.

The intelligence of the Ultra Drive System puts the rider in complete control.

Despite the tremendous power output and maximum torque of more than 160 N m the motor operates in silence.

Stand over height and frame is the same for small or large. However, the small frame Mule seat can be lowered 1.5” lower than the large.  We can also swap out the suspension seat post to a non-suspension seat post which allows the seat to lower an additional 1.5”.

*You can email hello@upzy.com for more info on top speed. Accessories For The Mule (look in dropdowns above, bundle together to save serious money).  Click to see full product listing:

The focus of our research and development team, at Bakcou eBikes, was to design the most dependable, efficient, and  comfortable fat tire electric bikes available.

Our e-bikes were designed to be electric bikes from the beginning, and not simply regular bikes, modified to function as ebikes.  The stresses and demands placed on an electric bike used to haul, not only the rider, but his gear and game, in and out of the back country, are much greater than those placed on a regular bike.  For this reason, we designed and manufactured our ebikes around the most important part of the bike, the drive train.

Bakcou eBikes utilizes the latest, most technologically advanced motors and lithium ion batteries on the market.  Whether you’re riding  the powerful Mule to access remote areas, tackling the most aggressive terrain on the Storm, or flying back up the trail to grab the truck after a long drift boat ride on the Stalker, our dependable ebikes will make sure you get there and back. It's freakin' awesome! Best purchase I've made in a long time!

Thanks Jim!! Have fun riding your Bakcou Mule e-bike!

This was a great online purchase experience. I ordered my new bike on a Monday and it was delivered on Thursday the same week! The bike was delivered packaged as described and was a breeze to complete assembling following the easy to follow instructions. Thanks Upzy and Bakcou!!

Thanks for your great review of us Ken! We really appreciate it. We like to ship our products as fast as possible :) Hope you enjoying riding your Mule e-bike for many years to come!

Just got back from an archery elk hunt and the bike met all my expectations. It made the hunt a lot less physically exerting and more enjoyable. While I didn't seal the deal on my elk, I had a great time trying and my Mule added to the fun.

Thanks for the great review Thomas! We're so glad you're having so much fun with the Mule :)

FREE SHIPPING (lower 48 states), no sales taxes on ALL orders 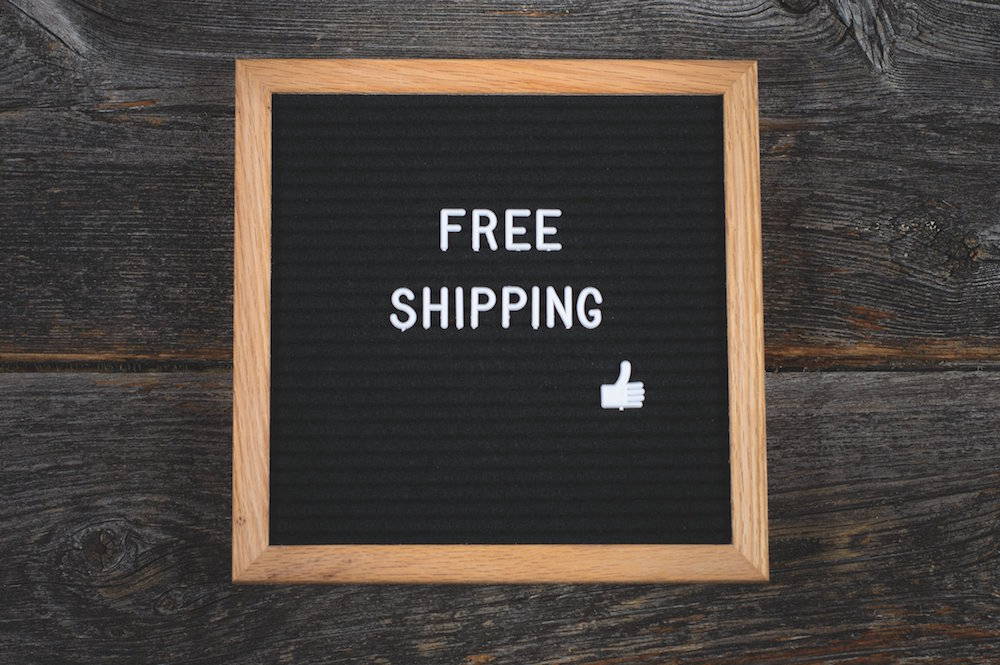 Once order is placed:
1)  Order Confirmation Email:  You will receive an order confirmation email with all relevant details.  This means your order is in our system.
2)  We Automatically Reach Out To USA-Based Suppliers:  We pre-authorize your payment method and prepare shipment.
3)  Ship and Deliver in 5-7 Business Days*:  We process charges to your payment method and ship and deliver in 5-7 biz days (from the shipment date), unless otherwise stated for specific products.  This is if the product is immediately available**.
4)  Tracking Information Released:  We email your tracking information.

*Some larger products (ATVs, go karts, custom scooters, wheelchairs etc) will take longer than 5-7 business days as they require time to inspect and ship by special freight carrier.  A revised shipping ETA is usually found in these products' descriptions.  Please note we cannot guarantee shipping time.  Unanticipated delivery delays by shipping companies (Fedex, UPS etc) are out of our control.

**Product not immediately available:  We will email/call you with an estimated time of arrival (ETA) and you can decide how to proceed. 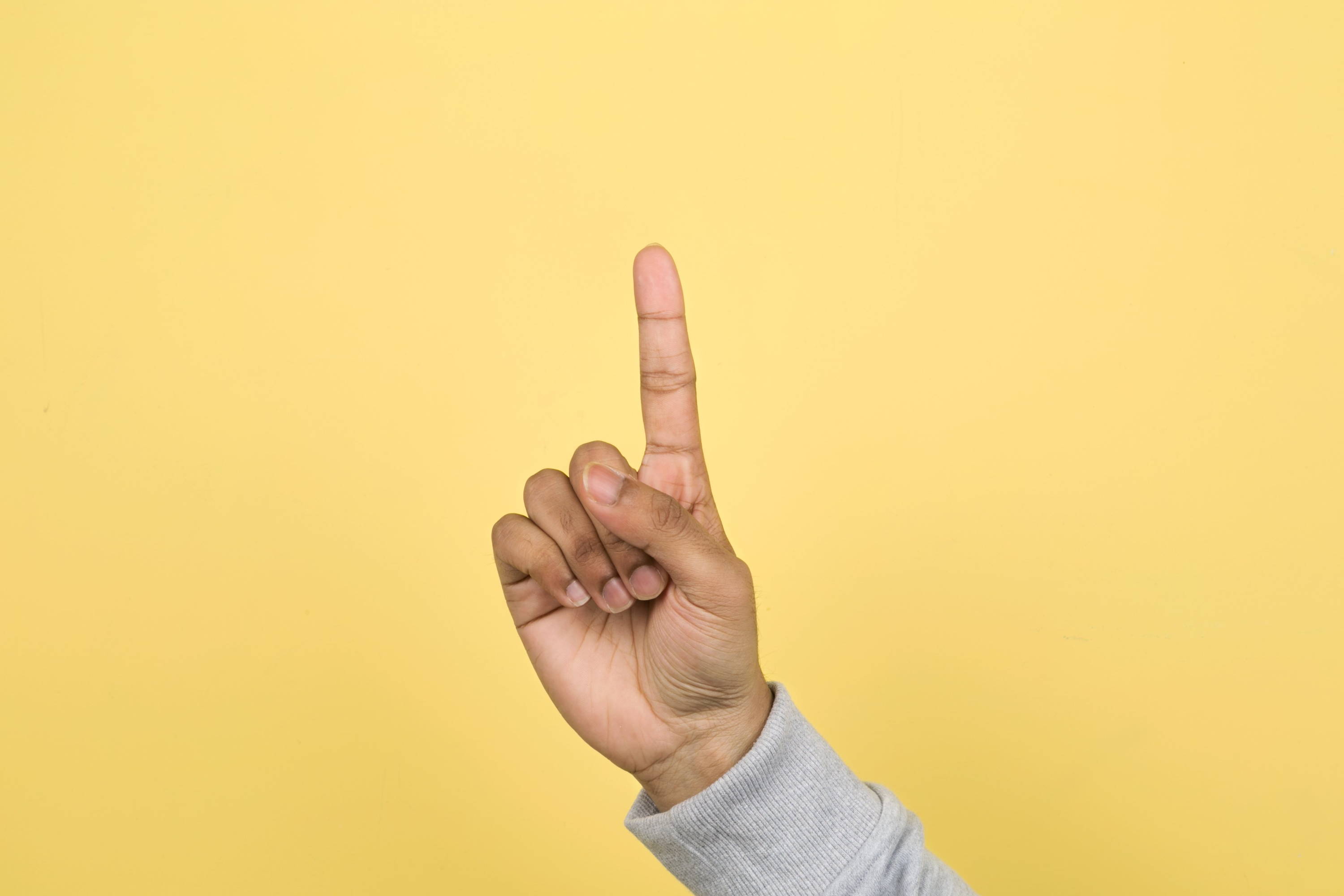 No Shipping to PO Boxes:  As our products tend to be large in size, we cannot ship to PO Boxes.

No Overnight or Expedited Shipping:  Unless otherwise stated on specific products.

Pickup:  Some products, such as TaoTao, can be picked up directly from our warehouses at a reduced price. These pickups do not fall under "free shipping", as they are not shipped but picked up by customers using their own transport.

Lift-gate Services:  We provide free lift-gate services on the majority of our larger products, however certain products are excluded.   For excluded products, the customer is responsible for any additional lift-gate charges. Please contact us for further clarification.

If you are not completely satisfied with your purchase:

1)  Return Authorization Within 15 Days of Product Received:  Please email aftersales@upzy.com and we can arrange a return authorization.

2)  Product Must Be Unused and in Resale-able Condition:  Must be in original box (no damaged items).

3) Return tracking number:  Must be provided.

Order Has Shipped, Buyer's Remorse Return or Refusing A Shipment:

->Buyer is responsible for return shipping and delivery (outbound) charges

We pack all products securely and reliably. Sometimes the packaging may get dented in transit, but do not be concerned as the inside contents will still be intact.

1)  Please inspect the product packaging when it arrives.

2)  Once the product is delivered and signed for, we no longer have the authority to file a claim with the shipping carrier (standard US shipping procedure).

3)  Anything thereafter will be treated as a return.

In the rare instance the product inside is damaged, please do not worry as we will work with you to resolve the situation.  Any photo evidence can be sent to aftersales@upzy.com.

Product pictures and specifications may vary with the actual product on occasion.

Some products require assembly or possibly adjustments/modifications/minor fixes to function to the customer's satisfaction.

Those that require assembly will come with a manual or video resources.

Professional assembly/expertise may be required (depending on the customer’s experience and abilities). Please note Upzy does not pay/reimburse for any labor/service costs if:

1)   The product is taken to a professional

2)  Customer decides to adjust/modify/fix the product themselves using warranty and non-warranty parts.

Any warranty with your product(s):

2)  Next, you may contact the manufacturer or distributor.  Note that Upzy must be kept in the loop of any warranty procedures done.

It is Upzy's responsibility to resolve any issues in accordance with our and the manufacturer/distributor's policies.  However as each case differs, we cannot guarantee it will always be to the customer's satisfaction.

The customer can communicate and work with us to resolve any warranty queries.

99% of our products are regular. Exceptions are custom built-to-order products such as standing wheelchairs and certain electric bikes and recumbent trikes.

The admin fee accounts for the manpower hours used to process your order and/or prepare your product, which tend to be large in size. If the product is not in stock, you will not be charged any fees. 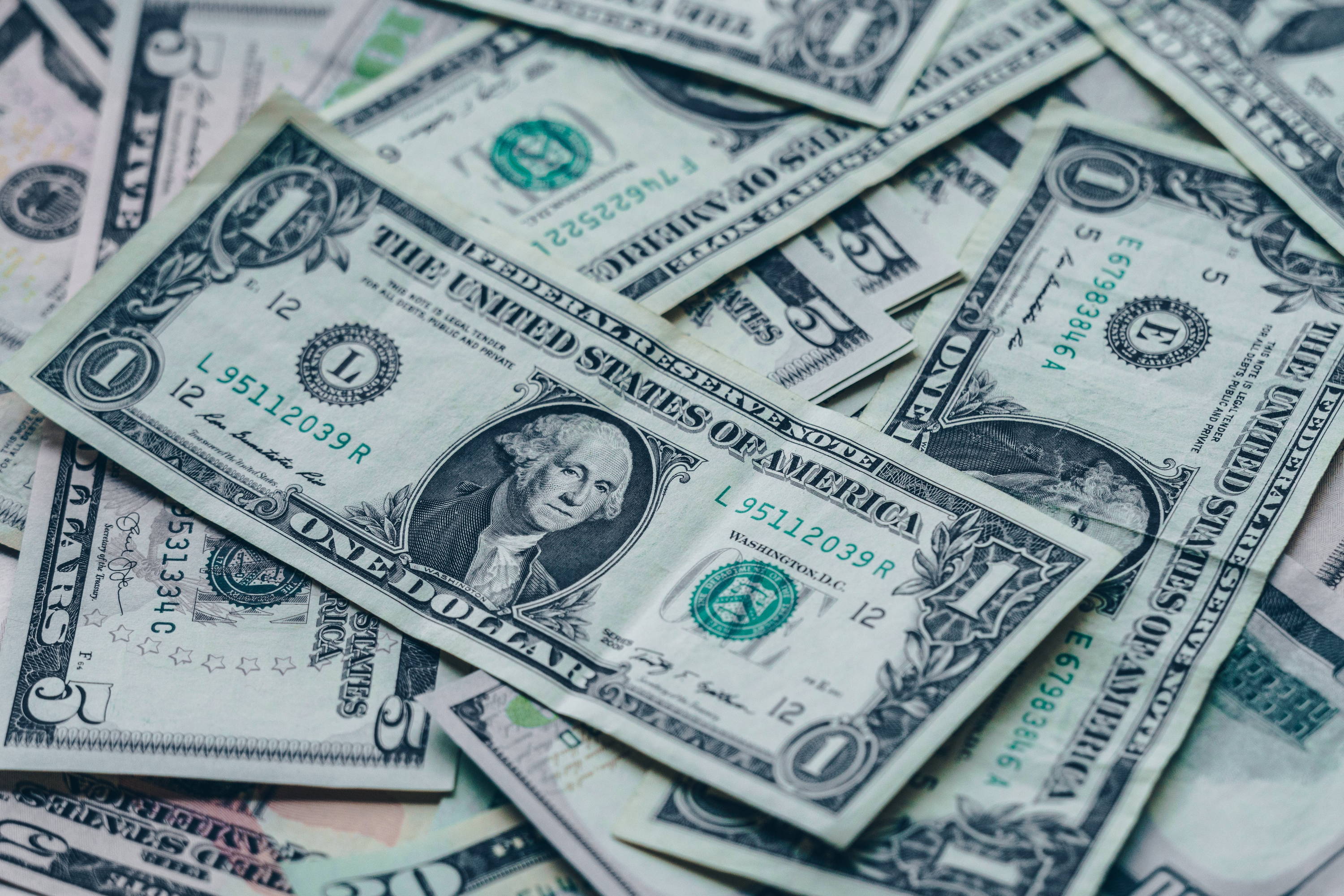 1)  All refunds will be issued to the original credit card, Paypal account, or payment method account (Google Pay, Apple Pay) that was used. 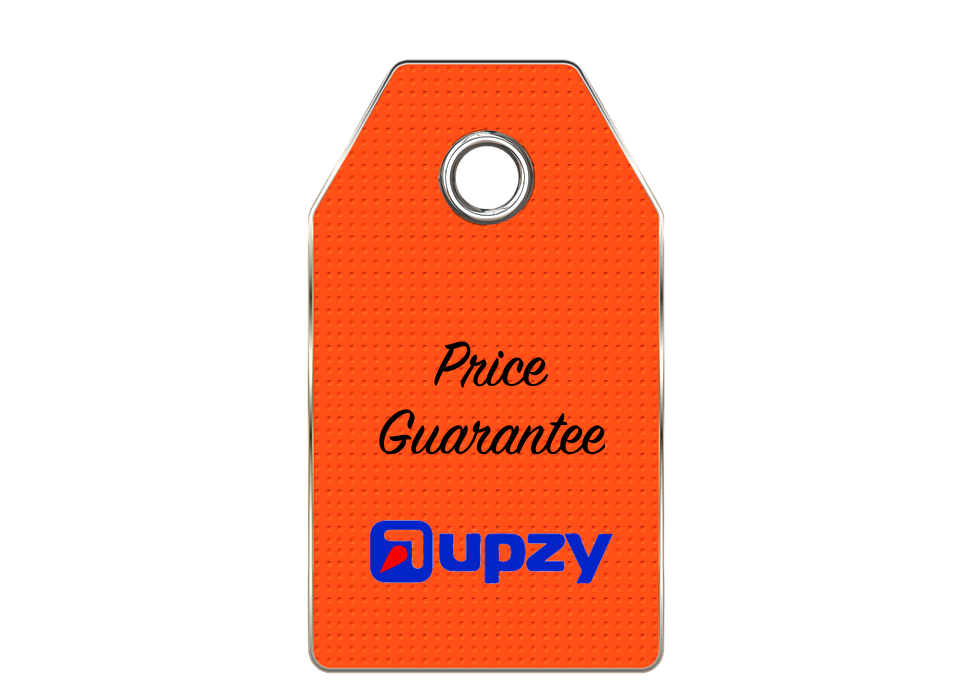 We work very hard to ensure we offer the LOWEST PRICES ONLINE.

We want you to feel confident you are getting the lowest price for your product compared to any other online store, and we will match their lowest price accordingly.

The price you see is what you get.

We don't add shipping costs, sales taxes, oversized charges, or anything else.

Some companies advertise a much lower price, then sneakily add charges further in the checkout process.  We never do that. 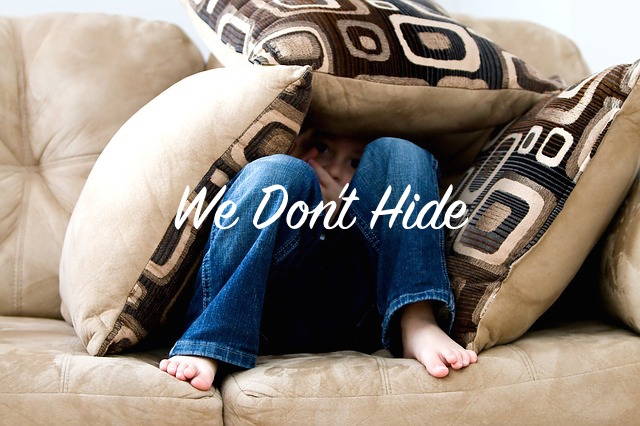 Nope, it's not the sound of someone making a boo-boo ("oopsy").

Rather, it means UP and EASY.

We feature only UPLIFTING, awesome products that put a 😄  on your face and make your life EASY.

A shopping experience so easy, even Fluffy can do it.

AT upzy, it's always easy.

Easy to reach us.

At Upzy, you are MORE THAN A CUSTOMER.

And as family, we take care of you.

CURIOUS WHAT THE UPZY FAMILY SAYS ABOUT US?  HERE'S A SNIPPET:

Thanks Alice T!  We're glad to make you happy!

Your words are too kind, Cindy R.  You're making us blush!

READ MORE REVIEWS HERE.  WE PUBLISH  THE GOOD, and THE NOT-SO-AMAZING.

WHAT MAKES UPZY DIFFERENT FROM OTHER RETAILERS?

WE TAKE OWNERSHIP OF YOUR ENTIRE EXPERIENCE.

EVERYDAY SAVINGS YOU CAN TAKE TO THE BANK.

AS IT SHOULD BE.

WE ARE AUTHORIZED DEALERS FOR HUNDREDS OF TRUSTED BRANDS.

We started as a company selling only scooters and evolved into one featuring thousands of products.  Check out our transition video.

With that being said, we know "all work and no play makes Jack a dull boy."  We still uphold certain company traditions- our annual company hacky sack race, and adult tumbling classes (it's a team-building exercise!).  Yup, those still exist.

SOME OF OUR POPULAR PRODUCT CATEGORIES:

So...... what's BETTER than puppies and ice cream and rainbows and unicorns? So come on in, get your feet wet, and have an Upzy experience.